Solar Flare: How Two Sisters Persisted in the Face of the Competition (and you can too).

It’s no secret that STEM fields are a male-dominated world. Even with an increase in programs designed specifically to engage girls, they remain a small part of the overall STEM community. Girls face unique challenges in pursuing STEM projects and careers, and far too often, these systemic challenges end up turning them away from promising opportunities even though it's good for everyone to have more girls in STEM.

One strong way students have typically been engaged in STEM is by participating in academic competitions. Science fairs, Robotics Challenges, quizbowls, and more have been motivating students to pursue STEM for decades. However, with the increasing popularity of these programs, ICS had to question what kind of unique challenges girls might face in these competitions? And how do the girls that have been successful at overcoming them, do it?

The short answer is... well... yes, girls do have systemic challenges to face that boys just don't. Girls are presented with unique challenges at nearly every step of a STEM competition. To understand this better, we talked to two long-time friends of ICS, budding STEM role-models, and sisters, Mikayla and Shannon Diesch.

Mikayla and Shannon grew up in Battle Creek, Michigan where they began competing and winning academic competitions across the country. They got their big start when they won the Conrad Foundation’s Spirit of Innovation Awards for the Space Nutrition category in 2010.

Their creation—the Solar Flare granola bar—was approved by NASA and even flown to the International Space Station for testing as an astronaut nutritional supplement. Both Shannon and Mikayla then went on to college but kept their dreams of creating a "Solar Flare" company alive. Currently, they are continuing to pursue launching Solar Flare’s mental energy bar into the working world. 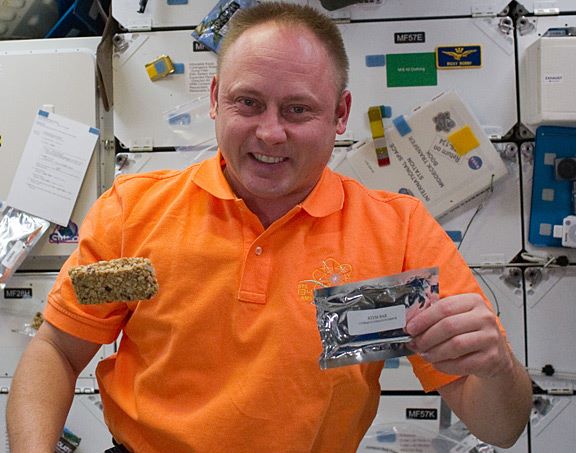 “There are all different bars for dieters, and athletes needing just physical energy, but not much for those who need the mental energy for a busy day at the office.” Said CEO and Co-Founder, Mikayla Diesch. Their hopes for the next year are to fundraise and get their product out into the world. They are directing these initiatives towards start-ups and tech companies, who need this fuel for both physical and mental work.

With all of their hard-earned successes at such a young age, we were interested in their experience as girls (and now as young women) rising through the ranks of competitions to become young entrepreneurs working in STEM, and wanted to see what kinds of recommendations they had for others pursuing similar dreams with academic competitions.

The Challenge of being female.

We caught up with Mikayla and Shannon to ask about the unique challenges they faced as they participated in pitch competitions across the country. There remain many challenges unique to girls transitioning into STEM careers. From being young girls in academic competitions to young women in the field of engineering, the sisters faced hurdles on many fronts that their male counterparts simply didn’t have. Often from systemic challenges that many participating wouldn’t even recognize at first.

One of these challenges was highlighted during Mikayla’s Master’s Engineering project, where, along with her project partner (who happened to be male), she was required to present her work to a panel of judges and peers.

“No one asked me questions,” Mikayla said. “They were all directed towards my male partner. I did a lot of the design and actual building, but the judges pointed their bodies and faces towards him asking questions, while I stood there. I wasn’t acknowledged or questioned.”

To be heard, Mikayla had to be more assertive during the questioning, which can be difficult for girls. It can be awkward or even seem mean to declare your ideas, and especially objections as a female. Males often don’t have to validate their beliefs, while women need to explain why they aren’t just nodding their heads along in agreement. Many times these actions might seem pushy to most girls, but Mikayla says it was the only way for her to make her voice heard in a room that didn’t ask to hear it.

This challenge is systemic across many industries. It is especially prominent when girls are faced with competitive situations where they might be fighting for a raise, a new job, or funding for their work. However, like Mikayla says, don’t shy away from the challenge. Step into it and make sure you are heard.

With the increasing interest in getting more females into STEM, the industries are starting to see a rise of girls pursuing the “Geek” life. There are more programs and initiatives to get girls involved in science and math, but we certainly can do better. One area where Shannon and Mikayla think there can be a lot of impact is having female role models.

“We need more visible role models who are out there for young girls to see and say, ‘I want to be like her when I grow up,’" says Shannon. "There needs to be more visibility of women in STEM for girls starting at a young age. We need to show girls that STEM doesn’t have to be my whole life, but it can be another thing I am interested in and could do.”

The earlier girls can be introduced to female STEM role models the better. Early initiative programs are a good start, but they need to be implemented before middle or high school.

“Most of my friends realized that they didn’t like math or science in elementary school,” says Shannon. “Early action programs for girls to understand that math and science are cool and they can be good at it is important, even at the elementary level.”

For those young female entrepreneurs starting out in competitions or hoping to make their mark in the STEM world, Mikayla and Shannon encourage one thing: be persistent.

“A lot of people are going to say no—no it’s not a good idea, no don’t invest, no it won’t work—but it takes a lot of no’s to get to the yes. You’re always going to find someone who believes in you what you’re doing and your project—even if that person pushing you is your sister.”

Girls are taught at a young age to hear “no” and accept it. Boys, however, take no and turn it into something else. Competitions can help girls learn to do the same. To step into the “no” and learn from it, to make your next shot that much better. However, competition mentors, coaches, and organizers need to be aware of some of the systemic challenges that girls still face.

Helping to make sure that a competition has female role models as well as male; making sure to ask girls the questions as well as boys; connecting girls with STEM at early ages – these are all things that can be done in competitions to make sure that girls are just as likely to catch the “geek” bug and to strive to move forward – just like Shannon and Mikayla did.

“It’s easy to get discouraged when you hear “no” or other setbacks. Girls take no, and they step away. We should teach girls that you can hear “no” and that it’s okay—it’s not the end of it,” said Mikayla.

Both Mikayla and Shannon have heard no plenty of times whether it’s because of their ideas, age, or gender. Through all of these setbacks, they persisted, competing in multiple entrepreneurial pitch competitions, working on their Solar Flare bars on weekends and summers. They never gave up, and now are preparing to launch their company and put their mental nutrition bars out on the market. They are proof that two girls competing in STEM can take these no’s and turn them into something constructive.