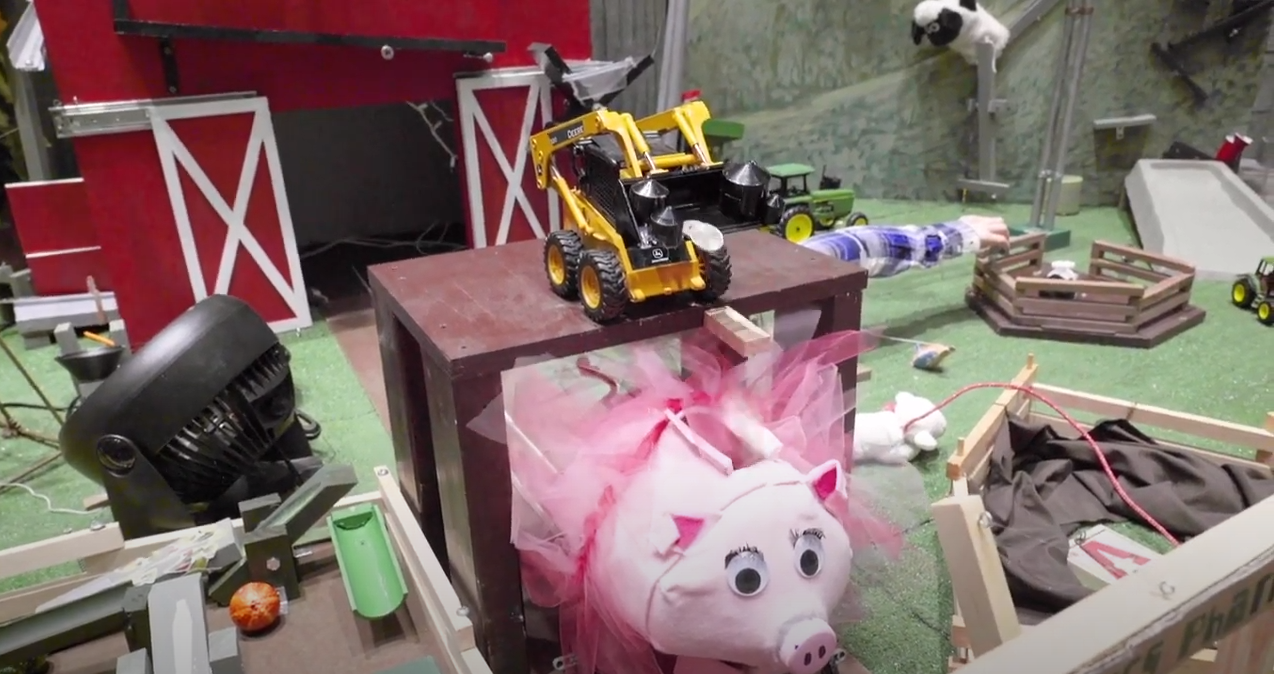 The Rube Goldberg competition is a fun contest with a lot of history. The first competition was held over 70 years ago in 1949 between two rival fraternities. As engineering students, the two frat houses decided that the best way to add a little fun to their annual Engineer’s Ball while still exercising their creative brains was to build crazy contraptions using only the material they had lying around.

After these first competitors graduated, the trophy sat in an attic for years until it was reinvigorated as the annual Rube Goldberg Competition. To this day, this contest is encouraging students from across the country to turn the junk they have lying around the house into a fun and useful competition to solve simple problems that some would argue are not problems at all.

Since the competition started back up in 1988, they have seen everything from napkin face wiping contraptions to superheroes disguised as children’s toys.

This academic competition is a favorite with students and educators alike because it encourages students to think outside the box and invent something as fun as it is functional. It also teaches kids the importance of repurposing the things they already have that would otherwise be thrown out.

Now the Rube Goldberg Competition has grown into an exciting academic contest that students look forward to year after year. Here you’ll see some impressive Rube Goldberg Machines from the past to help inspire you going into the future.

Upgrade to a premium account so you can track your progress in competitions, get insider information on academic competitions, access the ICS competitions concierge, and gain exclusive discounts on ICS-managed programs.