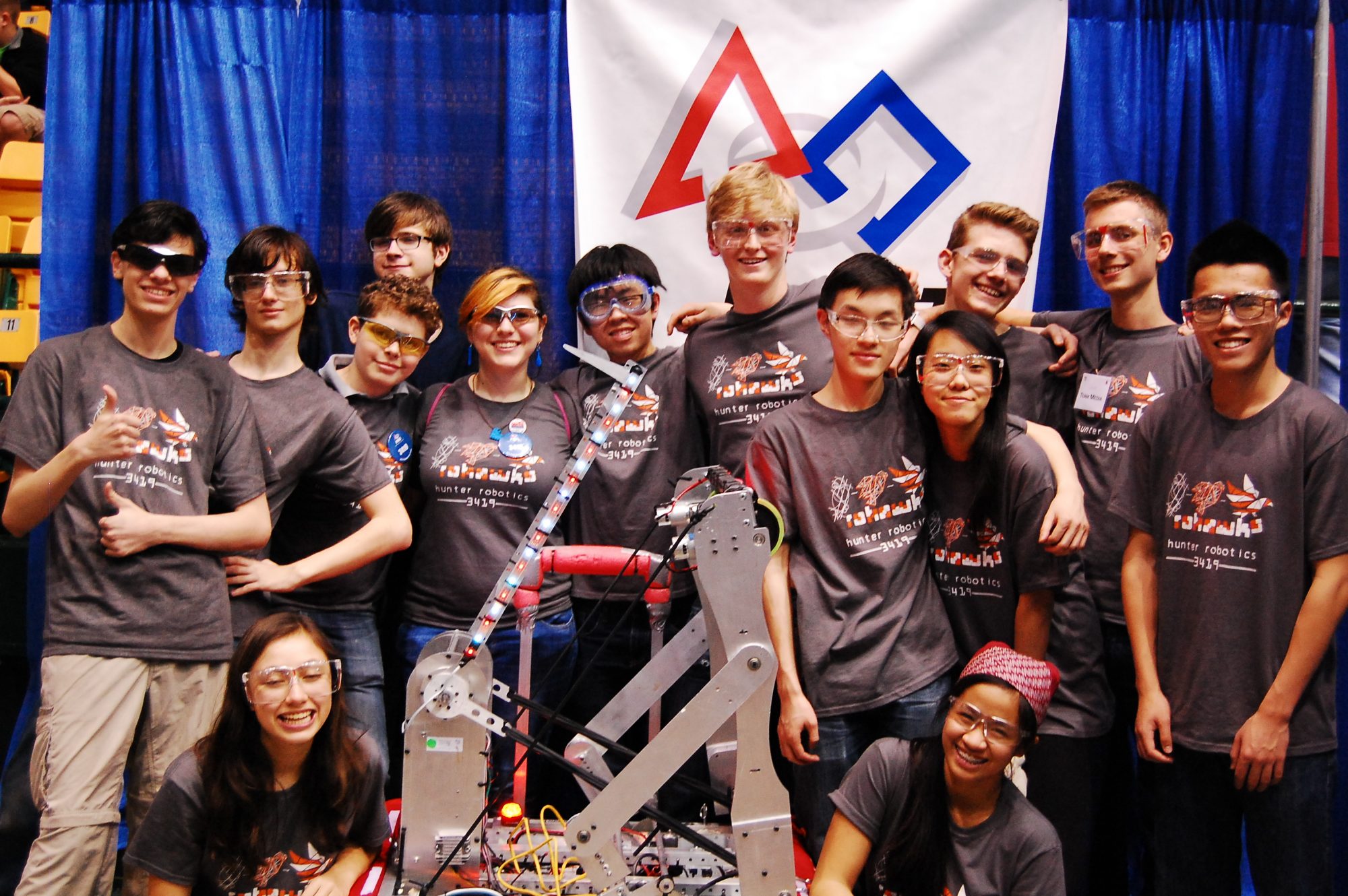 In front of a Taqueria with barred windows, a young man steps out of an SUV.  His friends jump out, all in baggy t-shirts, one holding a long, thin club.  A band of enemies rushes across the street, and soon fists are flying.

It’s a turf war between the Nortenos and the Surenos, two street gangs that haunt the streets of California.

The site is East San Jose, and the fight shines light on the dangerous life that Kenny Bargas lived as a gang member nearly two decades ago. A life where gangs would regularly take to the streets with clubs, knives and other weapons to stake claim to their turf.

Kenny lived in East San Jose as a gang member nearly two decades ago, but today he is an English teacher at Overfelt High School, back in his home town. The turning point for Bargas happened in 1999 when he joined his high school’s FIRST robotics team.

As a high school student who was still running with his gang, a robotics competition was not a typical activity.  The robot his team first built left something to be desired. But the team tried again in 2000, more determined than ever, and it worked.  Bargas led them to the 2000 FIRST national championship.  And that was the end of his gang life, and the beginning of his college search.

While the collegiate major Bargas ended up entering was in the Humanities, his story is similar to that of many youth who joined a FIRST team. FIRST alumni have a history of going above and beyond the norm and becoming not only leaders in STEM, but leaders in their communities and beyond.

No doubt, a fun time is had by all, and to be sure, the winners feel a sense of pride.  But what about long-term impacts of participating in FIRST?  How and to what extent do participants take a page from Kenny’s book and leverage their inspiration into great academic achievements careers?

Well, we don’t have to ask or daydream.  The non-profit organization has done a lot of research into the impressive lives led by participants after they hang up their remote controls, soldering irons, and well, Legos.

To start with the basics, as anyone would guess, FIRST competitions increase interest in Math and Science and, as was the case with Kenny Barga, in going to college.  But according to a decade’s worth of data, it also has a huge impact on students’ problem-solving, time-management, and conflict-resolution skills. A study conducted by Brandeis University for FIRST noted that 98% of students demonstrated an increase in problem-solving skills, 95% increased time management, and 93% increased conflict resolution skills.

Let’s be real—FIRST is all about science, so you know it’s going to bust out some intense data collection methods.  Specifically, the organization did a longitudinal study, following its battle-scarred veterans for five years, and including a three-year update.

One of the key findings was that FIRST alums outpaced the control group in terms of STEM knowledge and interest in STEM careers.  Students who participated in FIRST for two years also showed a higher level of STEM knowledge than those who went one-and-out.

In terms of tangible career opportunities, FIRST alums are ten times more likely than their peers to land an internship or co-op position in their freshman year in college.  Seventy-five percent of FIRST alums are in STEM fields as professionals or students.  And if even a handful of the other 25% is made up of inspiring teachers like Barga who go back to their communities, the data are even more cheering.

If you’re wondering about the much-discussed issue of girls in STEM fields, FIRST is very effective there.  When looking at increased interest in STEM areas after FIRST competition, girls have a larger interest, compared to their peers, than FIRST alum boys do compared to non-FIRST boys.

Behind the numbers are many stories of FIRST alumni who take cues from the challenges in their competitions and attempt to solve real-world problems.  For example, a recent FIRST Lego League challenged asked participants to come up with solutions for trash problems.  One team, the TMI Pink Panthers, from San Antonio, discovered ways of turning plastics into fabric for recycled clothing.  They then proposed hiring women from homeless shelters to make these garments. 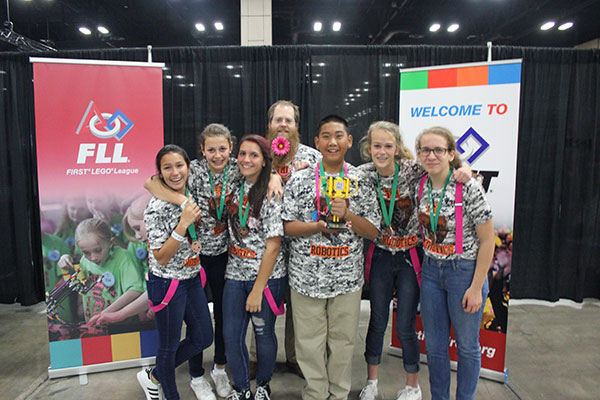 The Panthers’ enthusiasm and initiative is just one example of how the creativity of young minds can spill out beyond the competition.

Let’s also consider Diana Lee Guzman, an alum who went on to study Computer Science at NYU.  She not only teaches at the Center for K12 STEM Education, but is leading a Mobile Squad for the FIRST Technology Challenge, holding qualifiers and getting teams ready to compete.

A combination of the FIRST program and the enthusiasm and dedication of the students has allowed FIRST alums to represent the program well.

Time and time again we see real-world evidence that competitions like FIRST Robotics are engaging students not only in STEM careers, but in critical thinking, problem-solving, and other intangible benefits that percolate throughout our society. Kenny Bargas, Diana Lee Guzman, and the TMI Pink Panthers are just a few examples of what is happening across the United States, and the world.

Where students are engaged in competitive events, where they are forced to think hard about critical problems, they rise to the challenge. So we raise a glass to all of these students and their hard-working teachers, parents and other volunteers that support them on their journey. Let’s continue to support and encourage more students to engage in these programs as we advance into ever more complex digital and societal challenges!