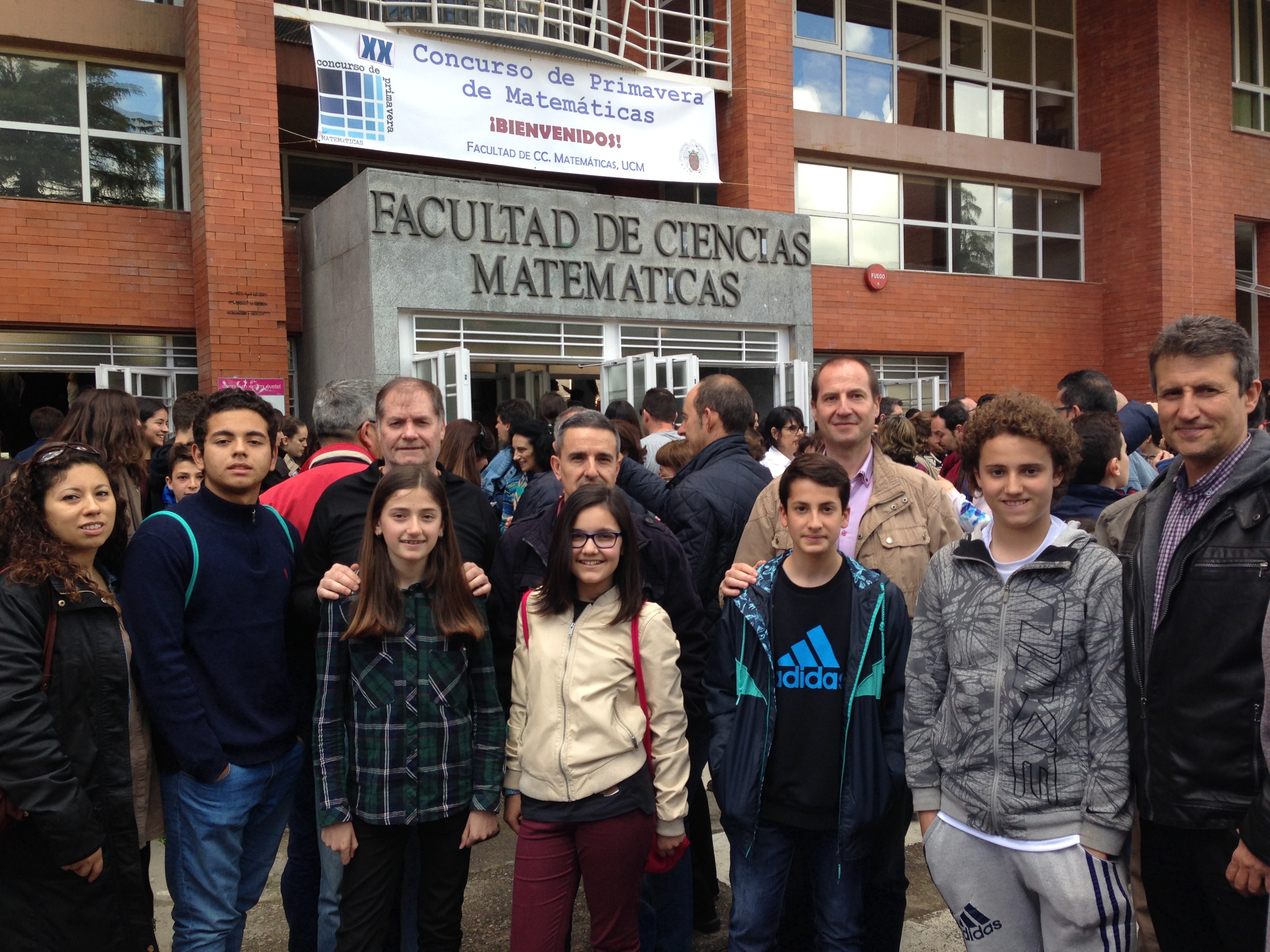 Early in the morning on Saturday, April 22, Spain’s capital saw thousands of madrileños gather to enjoy a highly-anticipated competition. Eager fans, trainers, and family members flocked to Complutense University for a chance to see the result of months of practice by the some of the most skilled young contestants. El Clásico (the famed match between the Real Madrid and Barcelona football clubs) was scheduled for the following day, but this spectacle sought to showcase a different sort of excellence. The crowd did not form around the soccer field, but rather the math department.

The XXI edition of the Concurso de Primavera de Matemáticas (the 21st Spring Math Competition) brought together the sharpest students from secondary schools throughout the region. Nearly 4,000 participants, ranging from 5th to 12th grade, arrived at the university at 8 AM on Saturday morning ready to tackle 25 math and logic problems in less than 90 minutes. After months of honing their problem-solving skills with practice exams, students from more than 500 secondary schools set their sights on making the list of 150 overall highest-scorers and grabbing the title of top 3 scorers in their age level. The most ambitious among the younger students looked to stand out and qualify for one of the 25 spots in the nation-wide XXIII Olimpiada de Mayo (the 23rd May Math Olympiad).

The powerhouse of Colégio Alemán (Madrid’s German School), supported by millions of Euros in investment from the German government, offers a consistently impressive and intimidating record. IES Valdebernardo, an average public school within the community of Madrid, boasts little more than a math department excited to offer practice exercises to interested students and encourage their participation. The school lacks a well-developed blog devoted exclusively to math olympiads, a hallmark among high-achieving institutions. The disparity in resources and energy committed to the competition was noticeable between these two schools.

Carlos and Valentina seemed unbothered by this dynamic as they waited for their respective groups to start the exam. Once the doors opened, they calmly took their seats and began to grind out answers. Meanwhile, parents and teachers took in the day’s entertainment (a comedy duo of mathematicians tossing Pythagoras puns left and right). The spinning of cognitive wheels was all but audible as participants wrestled with questions on practical and theoretical algebra, geometry, trigonometry, and calculus that would stump most educated adults (including the author).

An exhausting 90 minutes after they entered, the students emerged from classrooms and bolted for the front of the building, where official answers would soon be posted. Carlos and Valentina seemed lukewarm about their performance, opting for cautious optimism. Relieved and abuzz with excitement, the competitors compared strategies and answers, fist-pumping or groaning as the correct solutions were revealed. An especially tricky logic question concerning a girl named Alba’s collection of pyramids and prisms was the topic of much discussion for the youngest group, while the oldest students rehashed a monster problem about the graph of a parabolic function. Proud parents and teachers peppered their children with questions, the atmosphere electric.

At the end of the day, the list of winners was posted: 5 students from Colégio San José del Parque, 3 from IES San Juan Bautista, 7 from Colégio Alemán, and 0 students from IES Valdebernardo would be taking home the trophies and certificates for excellence in mathematics. Nonetheless, Carlos and Valentina cheerfully headed home. Valentina, sounding like a true purist, explained to me that she came for one simple reason: she loved math and the immense satisfaction of applying the right theorem or crafting a unique solution to a tricky problem. Having had the additional privilege of competing with the brightest young stars in the world of mathematics, Valentina was content with her performance. But fans of IES Valdebernardo are eager to see if she can knock one of the regulars from Colégio Alemán off the list of top scorers next year and replace them with “IES Valdebernardo!”